I will be in Basel at the Postkartenfestival, selling some freshly made postcards, along 150 artists. Amongst them are Dessi, Thomaso, Frida and Lucy.

It’s a one day thing, opening is at noon on Sat, Nov. 1st. It is at Unternehmen Mitte in Basel. 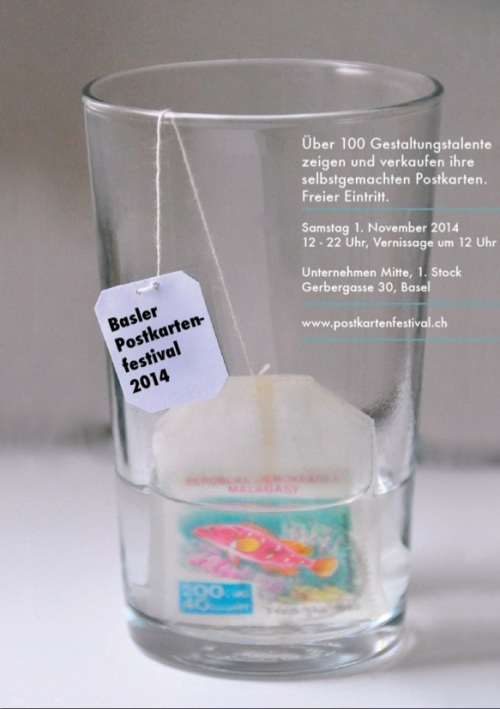 A couple of months ago I downloaded about 15 different Apps which let the user import or take pictures, create a postcard, put an address on it and the company behind the app prints and actually sends the postcard by snailmail.

The apps are all more or less the same: An “import” Module, sometimes the most basic crop tools, a panel for the address label and the greeting, sometimes a function to read geolocation from EXIF of the picture used and print it on the card and sometimes even a tracking tab. Not that any of the providers would actually provide tracking numbers, but a tab to keep track of which and how many postcards one has sent.

Pricing for international cards varied between USD 0.99 (Corel),  € 2.25 (Deutsche Post Funtastic) and USD 4 (Snapshotpostcards). Since almost none of the Listings in the App-Store list their pricing scheme ight in the Apps description on the App store, or sometimes not even on their website (if they had any), I had to download a whole bunch of Apps, create a lot of user accounts and dig through in-app legalese and FAQs to find out what pricing schemes and payment mechanisms actually were.

In the end I stuck with the Corel-Postcard App for the following reasons:

Of course, other Apps have better service, but as mentioned previously, service comes at a price. Sincerely, for example, offers a whole bunch of different apps (Postagram, Popbooth, Dotti) , and on their website you can track postcards and re-order postcards which got lost or were damaged on the way. Snapshot does the same, but both are a lot more expensive than Corel. I tried both, had postcards send through both, the postcards got lost, I had them re-sent, yet still they got lost. Therefor, so far, I prefer Corels’ reliability over the at least twice as pricey customer assistance.

Anyway, I started writing this because Sunday evening I tried using the Corel App to send a Postcard but it refused to accept my Master Card, which I had previously used. I tried two different credit cards, none worked, so I gave up. Yesterday I received the following email from Corel:

Thank you for using Corel Postcard. Unfortunately, we have decided to retire this app, but we’d like to offer you 10 free postcards in thanks and appreciation for your loyalty.

Thanks again for being a customer!

Their iTunes-Store website is offline already;-( Yet I’m busy using up my 10 credits. Well, thank you Corel.  I liked your app. I was perfectly willing to pay a dollar for a Postcard that took 6 weeks to arrive. Too bad you’re retiring. Farewell.

Here’s some pictures of the app and some of the postcards I sent: